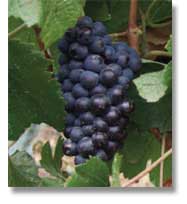 “The point of the Bunch Tasting is about tasting the sorts of wines that you can rarely buy in supermarkets, not because all are expensive – they aren’t – but because they are made in finite volumes by people who want their wines to express a flavour of the place from which they come”

“Between them, they combine as broad a range of fine wines as you’ll find in the country….But posh needn’t mean stuffy, and while these merchants will do grand and expensive if that’s what you want, they also cater for the vast majority of wine drinkers for whom value and excitement go together”

“This week I attended a tasting organised by ‘The Bunch’ ….. It was a superb tasting, just crammed to the gunnels with characterful wines. It was such an antidote to the big brands and the half dozen big grape varieties.”

“I hanker after those interesting wines from small producers that don’t make it on to the supermarket shelves. Although it can be hard to know where to begin, a good starting point is a cluster of six wine merchants who jointly promote themselves under the name “the Bunch”.

Close Menu
We use cookies on our website to give you the most relevant experience by remembering your preferences and repeat visits. By clicking “Accept All”, you consent to the use of ALL the cookies. However, you may visit "Cookie Settings" to provide a controlled consent.
Cookie SettingsAccept All
Manage consent

This website uses cookies to improve your experience while you navigate through the website. Out of these, the cookies that are categorized as necessary are stored on your browser as they are essential for the working of basic functionalities of the website. We also use third-party cookies that help us analyze and understand how you use this website. These cookies will be stored in your browser only with your consent. You also have the option to opt-out of these cookies. But opting out of some of these cookies may affect your browsing experience.
Necessary Always Enabled
Necessary cookies are absolutely essential for the website to function properly. These cookies ensure basic functionalities and security features of the website, anonymously.
Functional
Functional cookies help to perform certain functionalities like sharing the content of the website on social media platforms, collect feedbacks, and other third-party features.
Performance
Performance cookies are used to understand and analyze the key performance indexes of the website which helps in delivering a better user experience for the visitors.
Analytics
Analytical cookies are used to understand how visitors interact with the website. These cookies help provide information on metrics the number of visitors, bounce rate, traffic source, etc.
Advertisement
Advertisement cookies are used to provide visitors with relevant ads and marketing campaigns. These cookies track visitors across websites and collect information to provide customized ads.
Others
Other uncategorized cookies are those that are being analyzed and have not been classified into a category as yet.
SAVE & ACCEPT